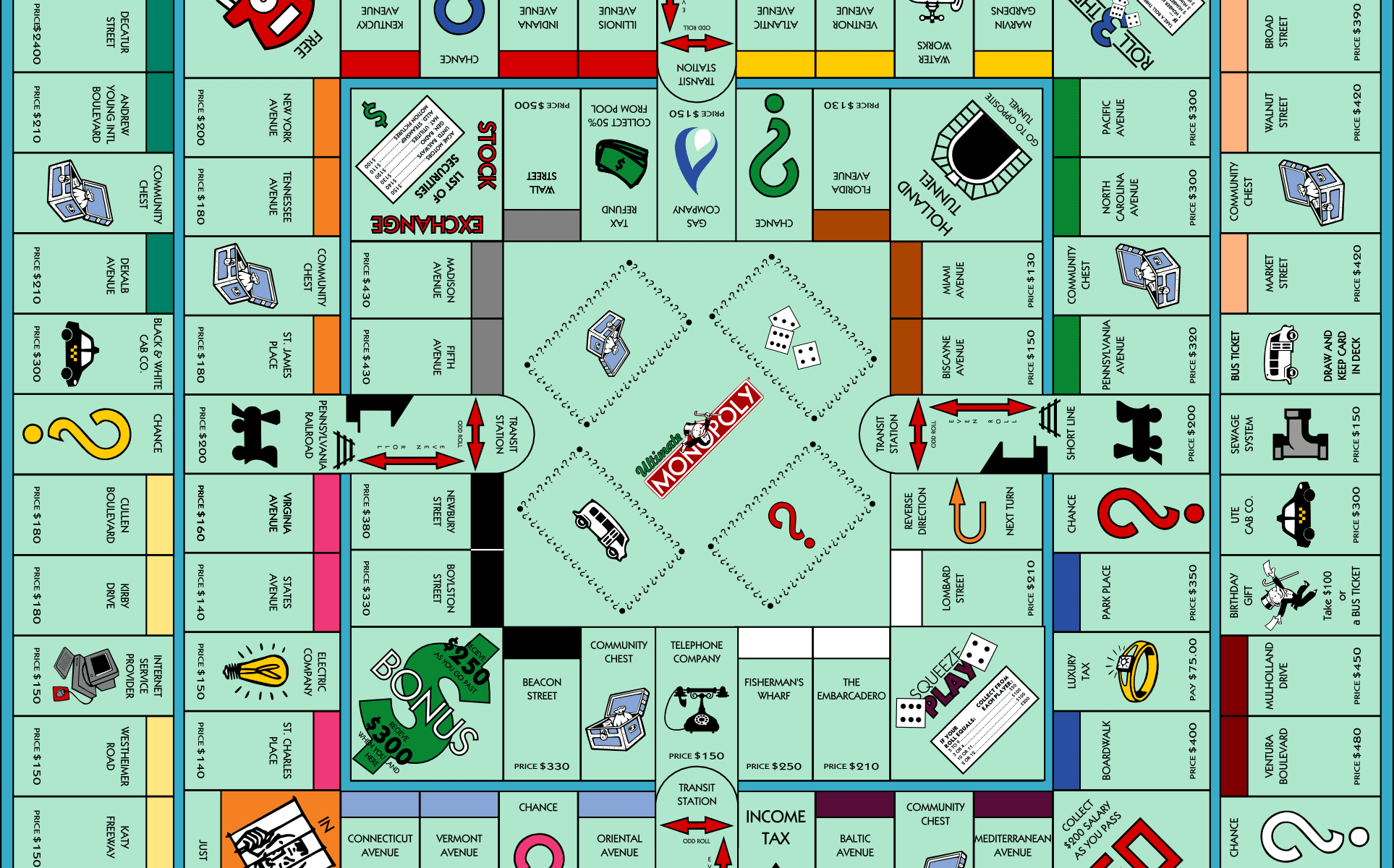 As we reach the end of 2020, I think most people who work in Education will simply be thankful for reaching the end of the year.  It’s been a year that has highlighted the role of Schools in keeping economies open, as parents struggled to work at home and supervise their ‘homeschooled’ kids.  It’s been a year in which we have seen teachers work from home rather than classrooms, and a year when Universities have had to change their entry criteria as they would otherwise have no intake next year.

Cantillon’s (1755) Essay on Economic Theory is perhaps the only work that explores the notion of entrepreneurship in terms of context rather than the ‘man’ him/herself by distinguishing between those with nonfixed incomes and employees with fixed incomes.  Hence the entrepreneur had to be entrepreneurial to survive.  They had to develop what we now call the ‘entrepreneurial mindset’ that consists of all the attributes fellow entrepreneurial theorists identify as traits or skills of entrepreneurs. This includes risk management, decision making, problem solving, opportunity identification and exploitation, leadership, creativity, innovation etc etc.

Schools are designed to play Snakes and Ladders

Schools are systemically designed as a Snakes and Ladders game.  Children roll the dice (some more loaded than others depending on cultural capital etc), and they proceed round the board in the same direction and fashion as each other, neatly lined up.  If they do particularly well at something a child may skip a class and progress up a ladder; if they do badly they go down a snake and repeat the class or year.  But all children follow the same route around the board to reach the final destination of 100 at which point the game is over.

Teachers and teacher training colleges perpetuate this game.  Teachers have been taught how best to manipulate the game, play by the rules, help their students ‘achieve’ without crossing the boundary of ‘cheating’, as they become more and more skilled at progressing the children round the board to reach the end in their allotted time.  It is not about learning – it is about progressing round the board.

Why do I say this?  If teachers were focussed on learning, more of them would have abandoned their ideas for the year and shifted to an alternative pedagogy for the online space during lockdown.  Most did not.  And this is not because they didn’t realise that their model wasn’t working. It was because they were not able to make this shift. They did not have the knowledge of teaching and learning, or the ability to abandon the systemic requirements placed on them by their schools.  They kept playing Snakes and Ladders in a world that was now playing Monopoly!

The world has shifted to play Monopoly

Monopoly is a game of skill, negotiation, chance and the ability to partner and form alliances between players to win the game.  While the roll of the dice matters, the decisions made throughout the game have as much impact on the outcome as the dice. There is no single linear pathway through the game.  The skills involved in winning at Monopoly are very different to progressing through Snakes and Ladders.  It is an environment where uncertainty dominates, and anyone can win, regardless of cultural capital, ethnicity, social-economic status, location etc.  Coronavirus changed the game from Snakes and Ladders to Monopoly but schools and teachers did not notice the shift.  They remained, in Cantillon’s terms, the fixed income employee and hence their need to behave entrepreneurially did not exist.

So what about the children?  Interestingly, some students found that this new homeschooled way of learning benefitted them and their learning outcomes more than the face to face school experience they had had until now (Chrysanthos, 2020).  They managed their time differently; became self-managed learners setting their own goals and focus; they spent hours learning about areas that interested them rather than what the teachers had chosen for them; and they produced more ‘work’ outcomes than they would have when playing Snakes and Ladders.  By being liberated from the linear pathway and roll of the dice of Snakes and Ladders, they were allowed to demonstrate their problem solving and decision making skills, allowed to define success for themselves, and develop and apply all those skills that the business literature recognises as ‘entrepreneurial’.  They relished the game of Monopoly.

Are Entrepreneurs ‘failures’ or ‘successes’?

Prior to the Coronavirus pandemic, children who took this pathway were labelled failures.  They either rejected or were rejected from the traditional school system and as ‘failures’ they were offered little if any support in developing these entrepreneurial skills.  They have had to find a way to survive themselves, which has in many cases taken them into the wrong side of the criminal justice system.  And all because they refused to play Snakes and Ladders – or were not good enough at it?  Nowhere has the system offered these children the opportunity to play Monopoly or supported them in playing Monopoly – it has tried instead to get them back onto the Snakes and Ladders board.  These children have been labelled failures, when in many ways they are bastions of success. But it is hard to behave as a success when the world continually tells you that you are failing.

Many schools and Government initiatives have recently started to introduce the entrepreneurial mindset and ideas into the school curriculum.  Some external programs are doing a great job as they offer a Monopoly experience outside of the current system, for example in one-off week long interventions. Unfortunately this thinking is then undone when the kids revert back to their traditional classroom environment.  South Australia has 5 entrepreneurial schools who have been funded to develop entrepreneurial curriculum throughout the system. Some of their achievements are excellent. But again they battle with the boundaries of the Snakes and Ladders board.  In short, you cannot play Monopoly on a Snakes and Ladders board.  Why?  The school bell and timetable are prime reasons why. They pre-determine what needs to be learned, in a set timeframe, and require it to be learned before the next topic is tackled.

Do you want your child to play Snakes and Ladders or Monopoly?

So what does the Monopoly school look like?  It is one where students negotiate their learning pathway and assessments to meet their aspirations, goals and abilities; students learn to collaborate for greater benefit than can be achieved by winning individually; and students focus on their strengths and interests (building on a core of foundational skills of literacy, numeracy, self regulation and interpersonal skills taught in Primary); and it is one where the focus is on the individual’s learning process and journey rather than how they measure up to others.  This is the start of a student’s lifelong learning journey, and it is not bound by age. It requires a recognition system that encompasses what we have already but allows other forms of demonstration of outcomes to be considered. Such recognition will include character elements as well as academic achievements.

If you are a University recruiter, do you want a student who got an A for their research project because they selected a narrow topic and followed a template that met the requirements – or do you want a student who was genuinely interested in answering a question that bugged them, and set off on an exploration to try to find an answer, learning about how difficult that might be on the way?

It’s time to change the game.  Education needs to stop playing Snakes and Ladders and start playing Monopoly, with all that that entails.

NOTE:  The Inventorium is a blueprint of a system that enables this to be done.  It has been live for 2 years now in South Australia working with kids for whom the traditional school system does not work, and has 100% retention rate with its year 10-12 SACE cohort.  If you’d like to see what ‘Monopoly’ might look like in practice, check out https://inventorium.com.au

ACKNOWLEDGEMENT: Thank you to the amazing team at Learning Creates Australia for hosting the discussion that led to the development of this metaphor, and the members of the ‘setting team’ for the inspiration.  So many lightbulb moments of clarity through working with this group.